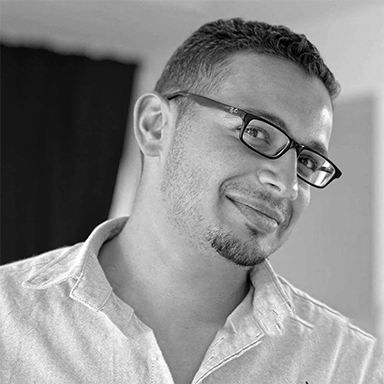 When Mousa became a volunteer with USAID Jordan, he realized that his ambition and career goals were to be a part of international organizations, especially in the field of human rights. While working as a youth project officer at Madrasati he gained massive experience in field work, especially in camps. He also got a chance to work with the media sector in the initiative as a photographer and videographer. In addition to that, and before working at Madrasati, he worked as a photographer and events planner at Leaders of Tomorrow, another youth-led initiative. His communication skills have greatly developed both through his studies and work experience. Through his job he has not only conducted written research, reports, and plans, but he often presents these projects. Finally, he also gave trainings to teachers and students in schools.

He strongly believes that the younger generations can have the most powerful effect. They are our future leaders. As decision-makers we have the responsibility to provide good education and tools on how to overcome obstacles by planting seeds of good ideas. In the end, Mousa may just be one person who cannot change an entier world of seven billion people, but one person can affect the people around him/her.